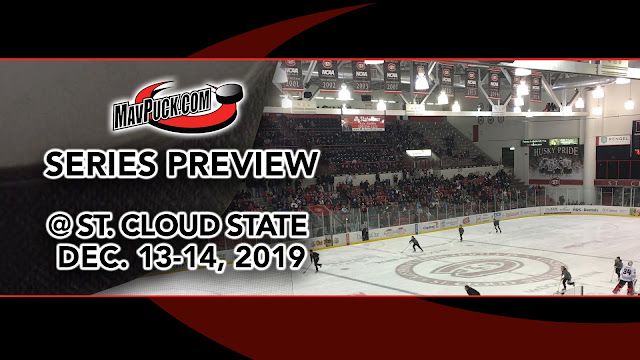 Home ice was not kind to the UNO Mavericks as the Mavs tied one game and lost three others during a two-week homestand.

The Mavs were swept by two-time defending national champions Minnesota Duluth and are now at the bottom of the NCHC conference standings, with 4 points.

While we’ve made the trip to St. Cloud the past few seasons, family obligations keep us in town this weekend. We’ll be tuning in on NCHC.tv and live tweeting the action on our Twitter account (@Mavpuck).

This is likely the last series of the 2019 calendar year to see Isaiah Saville in net, as he has been selected to the U.S. National Team preliminary roster for World Juniors. (If he makes the final 24-man roster, he’ll be the first Mav on the team since Josh Archibald in 2012, according to the UNO news release.)

Saville will head to Plymouth, Michigan, for the USA Hockey camp after this weekend’s series.

Check out the ninth episode of the second season of the “MavPuckCast with Jason & Jon.”