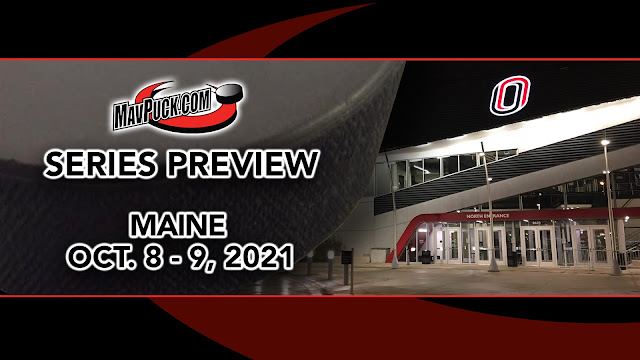 In the second of five home series to open the 2021-22 season, Omaha will face Maine in a pair of non-conference games on Friday, Oct. 8 and Saturday, Oct. 9.
This weekend is also homecoming for UNO, so expect a good crowd in the student section on Saturday night. And don’t forget the pre-game homecoming festivities on Saturday (and a discounted upper bowl ticket offer for the weekend’s games).
Several fans also have tickets available for sale in the MavPuck Facebook Group. (Be sure to answer all three questions to be considered for acceptance to the group!) 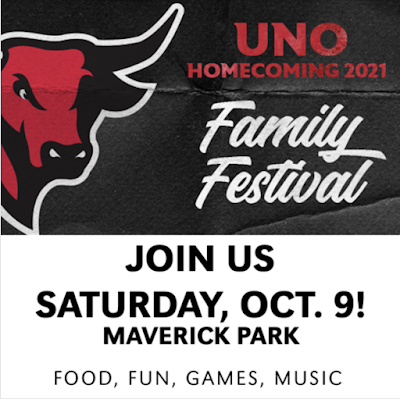 WHO IS READY FOR SOME HOMECOMING @OmahaHKY 🏒

The Mavs are ranked in both national polls after last weekend’s split with LSSU (OT loss on Saturday, shutout win on Sunday). Puck drop for both games will be 7:07 p.m at Baxter Arena.
The two teams have played each other six times over the years, with UNO winning two of those games. Maine and Omaha met up in 2019-20 in Orono. The first game was a 2-2 tie, and Maine won the second game 3-2.
UNO returns the bulk of its scoring from last year’s NCAA tournament team, while Maine has a new coach (following the unexpected death of their previous head coach, Red Gendron, in April). Ben Barr, the new coach, was previously an assistant with the University of Massachusetts.
Series preview articles:
Maine Hockey:
https://goblackbears.com/news/2021/10/6/mens-ice-hockey-preview-mens-hockey-opens-2021-22-season-at-17-15-nebraska-omaha.aspx

TV:
Both games will be streamed on NCHC.tv ($)

Also check out episode 3 of the fourth season of the “MavPuckCast with Jason & Jon.” This 33-minute episode features Jon and Jason talking about the split with Lake Superior State, a new “shootout” segment with quick takes about Maverick Hockey, and their predictions and a preview of the series with the Black Bears.
Next up: The homestead continues as Omaha faces another non-conference foe, Alaska Fairbanks, Friday, Oct. 15 (7:07 p.m.) and Sunday, Oct. 17 (4:07 p.m.) at Baxter Arena.
at 9:06:00 AM