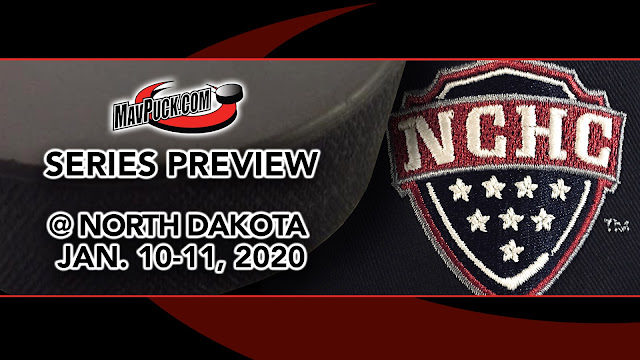 The temperatures are plunging, but the NCHC conference race is heating up.

The Mavericks traveled up to Grand Forks for the first conference series of the new year. Omaha is currently 8-9-3 on the season (2-5-1-0 in the NCHC, good for seventh place, tied with Colorado College). The Mavs suffered a tie and a loss in a non-conference road series in Maine last weekend.

UND won 3 out of the 4 games last season against UNO, its travel partner. This included a sweep at The REA that started its current 15-game home unbeaten streak (which dates back to the 2018-19 season).

Isaiah Saville is expected back in net for UNO on Friday night. Austin Roden had been in goal for the Mavs for the previous two series as Saville made the roster for Team USA in the World Junior tournament in the Czech Republic. He returned to the U.S. last weekend.

Check out the 12th episode of the second season of the “MavPuckCast with Jason & Jon.”