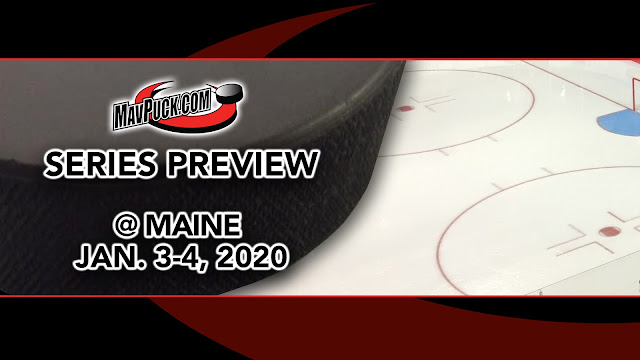 After splitting the series with non-conference foe Arizona State before Christmas, the team traveled to Maine (although half the bags and none of the sticks made the trip without trouble), leading to this lighthearted moment during practice:

Have to get creative when half of your players bags and all the sticks don’t make it to Maine. As coach always says, “You control your response to adverse situations” @OmahaHKY pic.twitter.com/XjCoqqncmm
— Jake McKamey (@JakeMcKamey) January 2, 2020


It’s been quite some time since the Mavs have faced the Black Bears. More than 20 years, in fact. The last time UNO traveled to Maine, the Black Bears swept the series, 6-2 and 3-0. The two teams have only played each other four times, and the Black Bears have won three out of the four, outscoring the Mavs 23-6.

But that was a long time ago.

Fans can expect to see Austin Roden in net for the Mavs, as Isaiah Saville will be returning from the Czech Republic after participating in the World Junior tournament as part of Team USA.

TV:
> Friday’s game is available on CBSAllAccess.com ($$).
> No TV coverage for Saturday’s game.

Check out the 11th episode of the second season of the “MavPuckCast with Jason & Jon.”